Since 1955, the continuity and growth of Mangum, Wall, Stoops & Warden, P.L.L.C. has been directed to serve the needs of our clients in Flagstaff and throughout Northern Arizona. Please learn more about our attorneys' experience and credentials below.

Mr. Brendel represents his clients, including many insurance companies, in all aspects of the legal system. While most cases are resolved by way of an Alternative Dispute Resolution method, such as arbitration, mediation or settlement conference, Mr. Brendel has represented clients as lead counsel in many jury and bench trials in Justice and Superior Courts throughout Northern Arizona and the U.S. District Court for the District of Arizona.

With Mr. Brendel's admission to several tribal courts, he has also been involved with many cases involving tribal issues, including insurance defense, settlements of claims by minors, debt collection matters and serving as a court appointed guardian ad litem for minors.

Rounding out his practice, Mr. Kavanagh provides collections work on real estate-based loans, as well as enforcement of commercial contracts.

Eliza Daley Read, was admitted to practice law in Arizona in 1997, and is also admitted to practice in the United States District Court, District of Arizona. She earned her Bachelor of Arts Degree from John Carroll University in 1990, and spent several years working in municipal government before earning her law degree in 1997 from Case Western Reserve University, where she was a Colbert Scholar. Eliza moved to Arizona after finishing law school in order to establish the Tribal Environmental Resource Center at the Institute for Tribal Environmental Professionals, Northern Arizona University. She managed this program until 2000, when she joined Mangum, Wall, Stoops & Warden as an associate, focusing on estate and elder law, tax law, school law, and tribal law. Eliza returned to Mangum, Wall, Stoops & Warden as of-counsel after managing her own practice from 2004-2013. Eliza works regularly with families, individuals, businesses, governmental agencies and tax exempt organizations. Her practice focuses on elder law; estate planning; probate and trust administration; business succession planning; probate and trust litigation; guardianship and conservatorship; special needs, aging and disability issues; mediation and alternative dispute resolution; and tribal law. Eliza was the Chair of the Mental Health and Elder Law Section of the State Bar of Arizona in 2006-2007, and is also a licensed fiduciary.

Other Memberships and Community Service

Described as a "lawyer's lawyer," and known for his hard work, fair play and native ability, H. Karl Mangum founded the firm in 1955.

Learn more about his long and illustrious career by following this link.

Douglas J. Wall attended the University of Kansas where he obtained his Bachelor of Science in 1951 and his Juris Doctor in 1955. He was admitted to the Arizona bar in 1956. Mr. Wall was a member of Phi Delta Phi, and served as Chairman of the Arizona Water Commission from 1965-1969. He was also a member of the American College of Trust and Estate Counsel, and practiced in the areas of probate and estate planning, real estate, corporations and partnerships. Mr. Wall is now fully retired from the practice of law.

Daniel J. Stoops attended Washburn University where he received his Bachelor of Arts in 1956 and his Juris Doctor in 1958. He was admitted to the Kansas bar in 1958 and the Arizona bar in 1959. He was a member of Phi Alpha Delta, and is a Fellow of the American College of Trial Lawyers and International Society of Barristers. Mr. Stoops served as the Coconino County Bar President from 1962-1964; on the Board of Governors for the State Bar of Arizona from 1976-1982; and as the President of the State Bar from 1980-1981. He was also a member of the American Bar Association, Association of Defense Trial Attorneys, Trial Attorneys of America and International Association of Insurance Counsel. Before he retired, Mr. Stoops practiced in the areas of civil litigation, insurance law and personal injury. He is now fully retired.

Robert W. Warden attended Texas Western College where he obtained this Bachelor of Arts in 1951 and a Masters in 1952. He then attended law school at the University of Arizona and received his Juris Doctor in 1957. Mr. Warden was a member of Phi Delta Phi. He served as the Coconino County Attorney from 1961-1964; the Coconino County Bar Association President from 1960-1962; and on the State Bar of Arizona Committee on Examinations from 1976-1980. In his practice, Mr. Warden focused in the areas of general civil litigation, construction law and municipal law, and he also served as an expert mediator in various matters.

Stephen K. Smith is admitted to practice in Arizona, the U.S. Court of Appeals for the Ninth Circuit and the U.S. District Court for the District of Arizona, and the U.S. Supreme Court, and he was admitted to the Navajo Nation and Hopi Tribal Courts. He attended Graceland College and Western Illinois University where he obtained his Bachelor of Arts in 1964. He went on to earn his Masters degree in education at Indiana University in 1967, and his Juris Doctor from Arizona State University, magna cum laude, in 1975. Mr. Smith then served as an instructor at the Arizona State University, College of Education, teaching Law and Higher Education from 1979-1984. He was President of the Coconino County Bar Association in 1993, and is a member of the State Bar of Arizona, and was a member of the Navajo Nation Bar Association, the National Association of College and University Attorneys, and the National Council of School Attorneys. Mr. Smith's practice focused in the areas of employment law, charter school law, education and tribal law. He is now currently retired from the law practice.

A. Dean Pickett, Of Counsel (Retired)

A. Dean Pickett's has devoted his legal career almost entirely to education law, with an emphasis on employment matters, student rights and responsibilities, and governance issues. He has also handled employment and labor law matters in both the public and private sector, primarily representing federal, state and local government employers in employment disputes, discrimination investigations, wrongful discharge claims and civil rights proceedings. Mr. Pickett attended Northern Arizona University where he earned his Bachelor of Arts in 1971. He went on to earn his Juris Doctor with distinction from the University of Arizona in 1974. 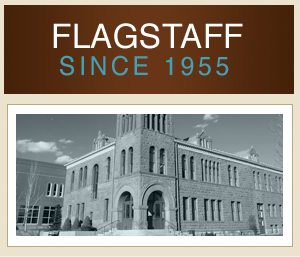 Mangum, Wall, Stoops & Warden, P.L.L.C. is located in Flagstaff, Arizona and serves clients in and around Flagstaff and Coconino County.

Attorney Advertising. This web site is designed for general information only. The information presented at this site should not be construed to be formal legal advice nor the formation of a lawyer/client relationship. [ Site Map ] [ Bookmark Us ]

See our profile at Lawyers.com or Martindale.com.